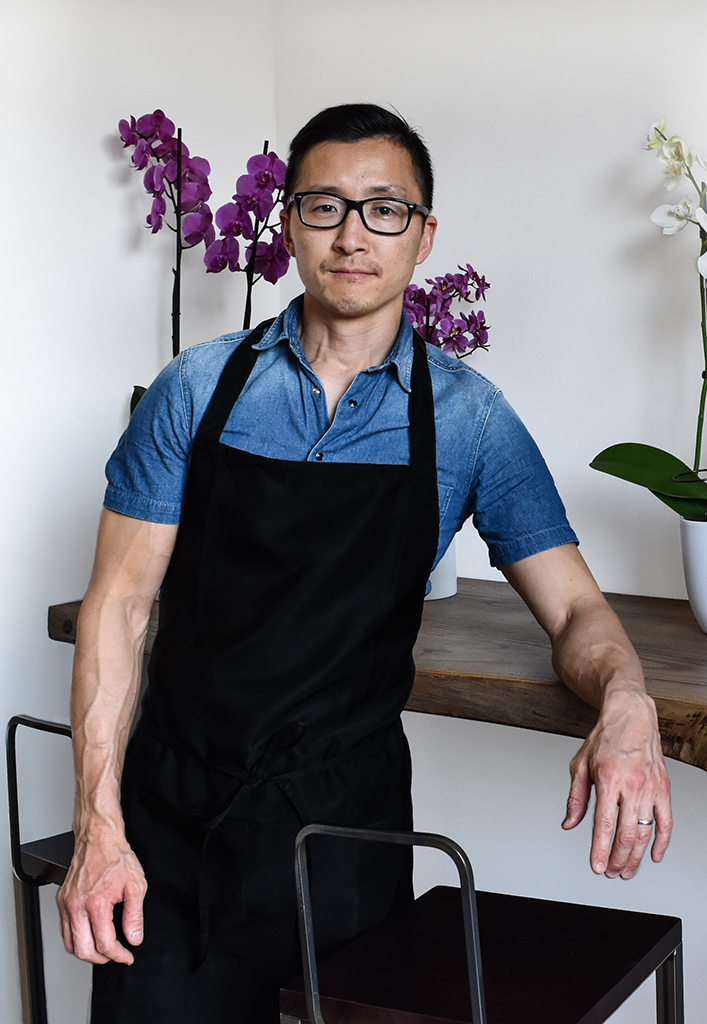 Born in Yokohama, Japan in 1977 Kohsuke Sugihara graduated from the “Tokyo Cooking Academy” of Tokyo in 2000. There he specialized in Japanese, Chinese, and French cuisines.

The same year after a few experiences at home he arrived in Italy to learn the gastronomic culture of this beautiful country. He worked on seasonal contracts throughout the entirety of Italy.

From 2002 to 2004 he furthered his experience while working at osteria “Le Logge” in Siena, where he would return to in 2008 working another four years with Chef Nico Atrigna.

From 2005 to 2007 he worked with chef Paolo Lopriore at “Il Canto”, a restaurant inside of the hotel “Certosa di Maggiano”.

Finally in 2014 to 2017 he worked as the chef of the restaurant “PorriOne” in Siena with chef Ermanno Romano.

2018 is a turning point for Kohsuke, he decided to strike out on his own and open his restaurant called “Campo Cedro”. This allowed him to the freedom to realize his dream and to express his philosophy of cuisine in his dishes: respecting ingredients of exceptional quality, using them with care as well as innovation.